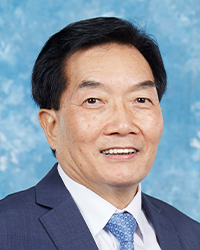 
Hearty congratulations to the Open University of Hong Kong (OUHK) for its 30th anniversary!  As Confucius says, “Steadfastness by the age of 30”, OUHK has successfully attested to the fact that despite heavy commercialization in Hong Kong, there are needs and market for self-financing tertiary institutions here and now to survive and thrive alongside their competitive and subsidized counterparts.  Over the past 3 decades, I have found the OUHK very impressing in constantly evolving itself through introducing flexible modes of studies, diversifying its programmes to keep pace with the socio-economic changes, and unceasingly reaching out to potential clients from various sectors and of different ages for meeting their needs.  And the OUHK has indeed managed in promoting an atmosphere of allowing people in Hong Kong to access learning opportunities in an increasingly convenient way.  “学而时习之，不亦说乎”  As such, the OUHK has not only set a role model for local self-financing institutions to do likewise and sustain, but also unwittingly posed itself as a leader in the tertiary arena and the society to make the voice of its self-financing partners heard.

Now that the OUHK has achieved an international status by way of its obvious academic achievements and numerous contributions, it is my belief that the OUHK would certainly enter another phase of fast developments in the next decade and my sincere wish that more collaborative initiatives could come out across the self-financing sector as well as the subsidized counterparts for advancing the quality and diversity of tertiary education in Hong Kong.